No, not a review of an Altman movie, just a snippet from a somewhat atypical day at the club.

Sandra suggested I stick around for a little longer, as a friend of hers was about to turn up – which she did, in a very sleek Cirrus, displaying a perfect landing in the process. The new composite aircraft with joystick controls and the slickest cockpit which any of the throng of onlookers had previously seen is full IFR (as is Fran), has nice touches like turbulators on the leading edges and has a full aerofoil cockpit. Fast!

When the hubub died down enough for Fran to climb out, Sandra deviously maneovered her over to the hangar wherein was parked a spotless Ximango (ex Barry Bowerman).

“Beautiful”, said Fran, “whose is this?” – followed by a stunned pause and then a shriek of delight. The last time they met, just weeks before, Sandra was not a pilot – but she’d decided to become one, and after much discussion with Isabel (Tiger Moth) had purchased – ab initio, mind you – the aircraft in question. 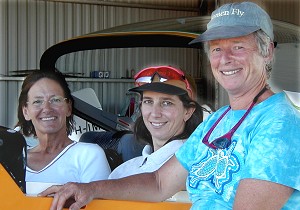 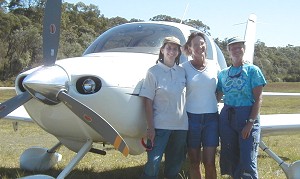 Girls and their toys! 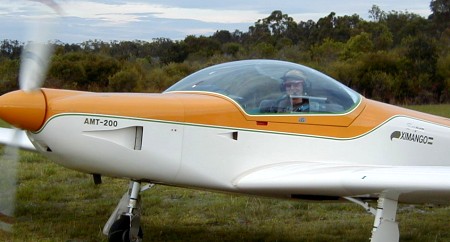 Sandra warming up for a solo.